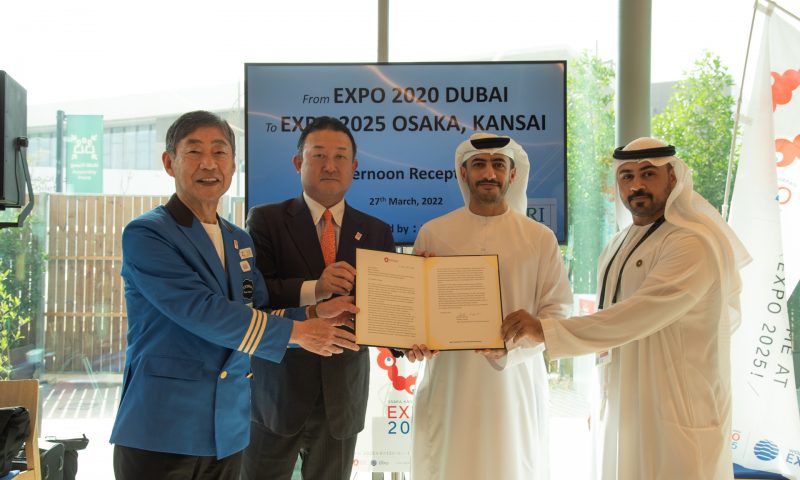 MS Porrima is one of the world’s largest solar-powered vessels, and it is operating under project support from ZERI Japan, a non-profit organization. In addition to raising global awareness about issues such as plastic pollution and climate change, MS Porrima’s Blue Odyssey project is working with scientists and entrepreneurs, and using its onboard technologies to create new innovations and find lasting solutions. 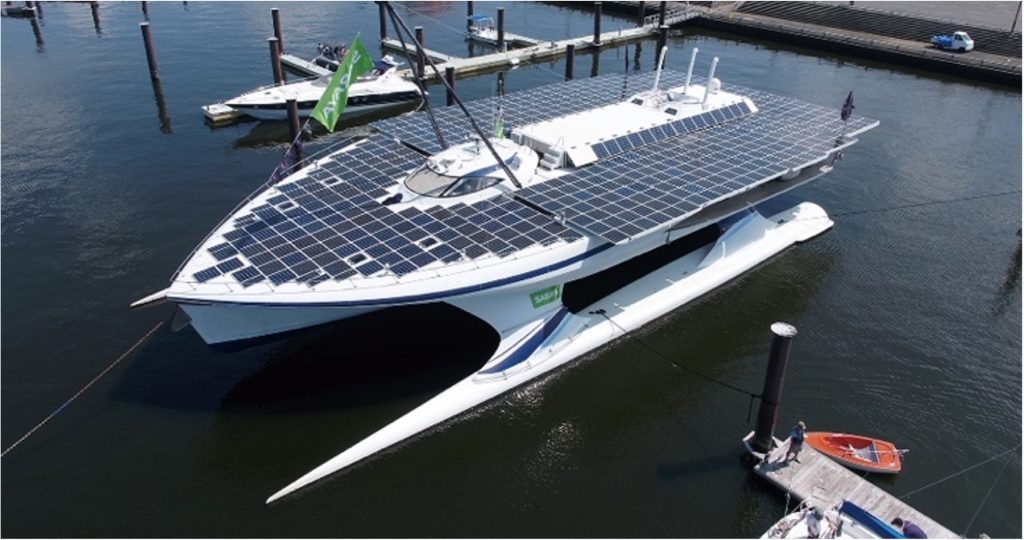 MS Porrima was appointed as a Special Supporter of the Expo 2025 Osaka, Kansai, and a ceremony was held at the Dubai Expo site to share the message entrusted to Porrima by the Japan Association for the 2025 World Exposition with the Dubai International Expo Authority.

MS Porrima left Osaka in December 2021 and arrived in Dubai on March 16. The arrival of one of the world’s largest solar-powered vessels sparked many conversations and was featured in many local media outlets. 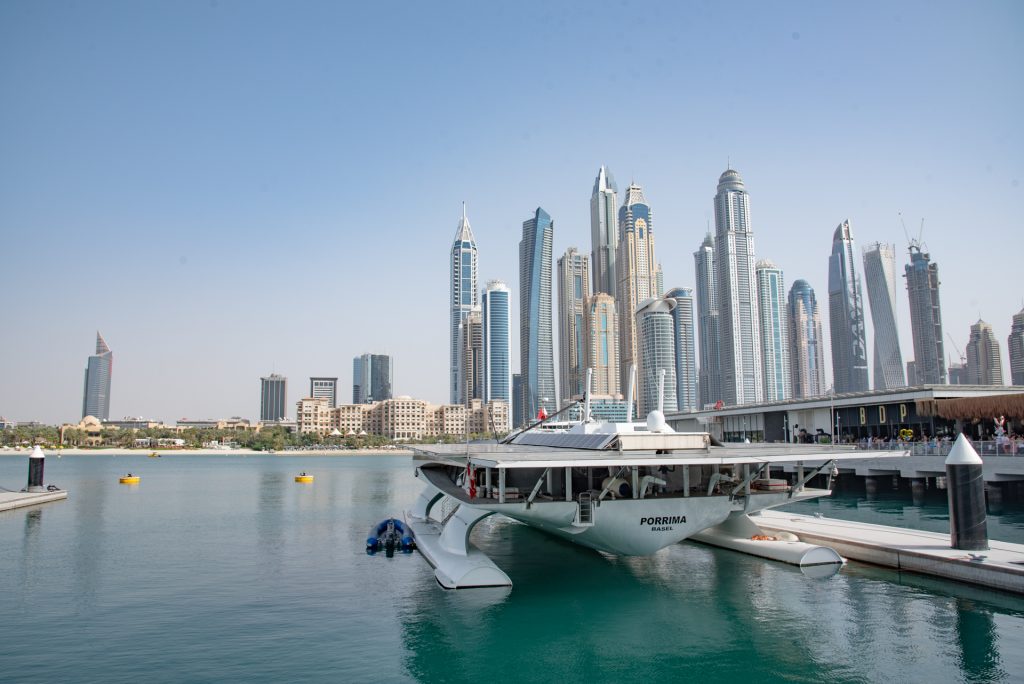 The message was shared on March 27 at the Dubai World Expo site, in the presence of Mr. Al Faheem (UAE Ambassador to Japan), Mr. Saood (Dubai International Expo Authority), Mr. Ando (Director General of the Japan Pavilion at the Dubai Expo), Mr. Sakai (Director General of the Japan Association for the 2025 World Exposition) as well as others involved with the Expo 2020 Dubai and Expo 2025 Osaka, Kansai.

It states, “Let us entrust the common wish of both Expos to MS Porrima—to create a better future to pass on the children of the world.” 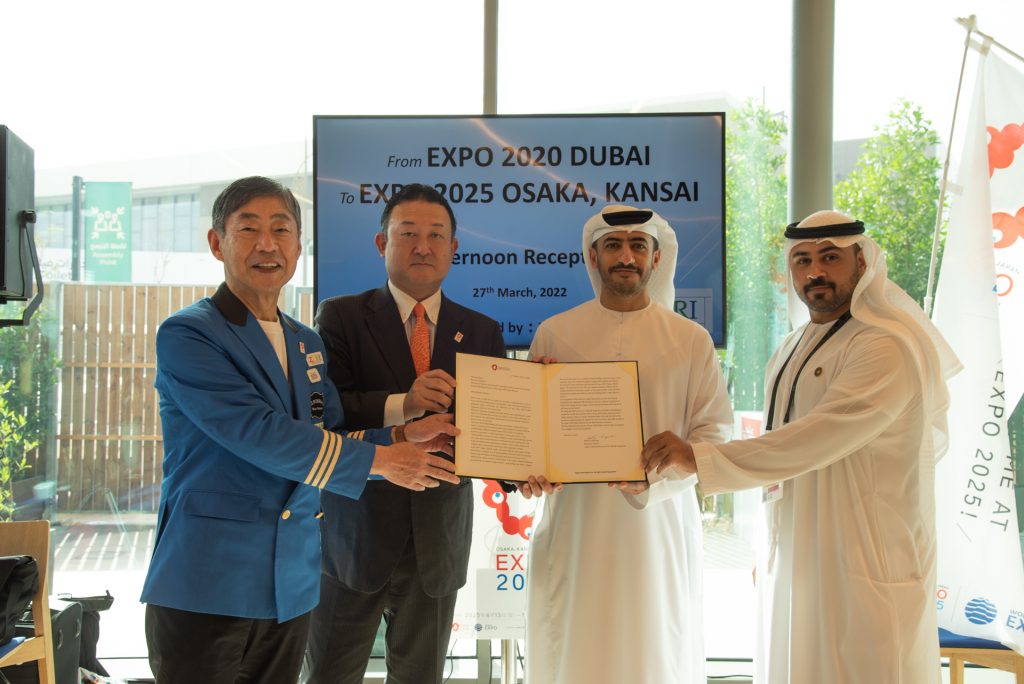 On March 29, Mr. Sakai, Director General of the Japan Association for the 2025 World Exposition, paid a courtesy visit to MS Porrima, which is now docked at the Dubai Marina. He met with Mr. Gunter Pauli, Special Advisor to ZERI Japan, and the crew members. They received encouragement from Mr. Sakai and renewed their commitment to the Blue Odyssey Project, stressing their intention to cooperate until the end of the journey in 2025. 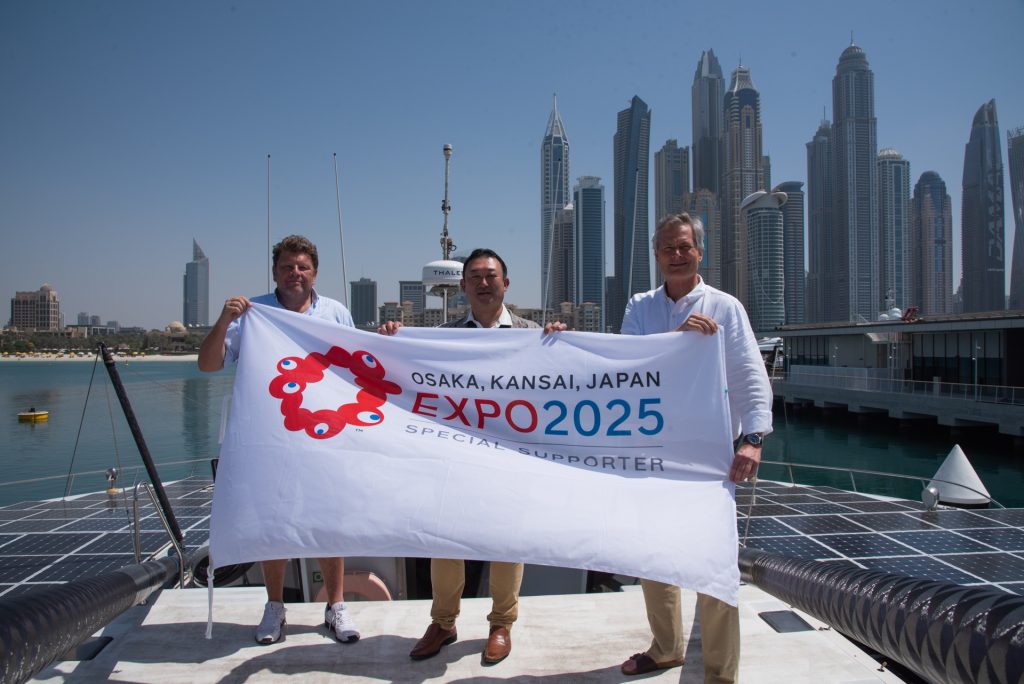 MS Porrima is scheduled to depart on a long voyage from the summer of 2023 to 2025, after hull reinforcement and implementation of new features. After that, she is slated to return to Osaka during the Expo 2025 Osaka, Kansai. Through the activities of this project, MS Porrima will communicate the themes and philosophies of the Expo to the world.

You can download these materials from the link below:
URL:https://www.dropbox.com/sh/8bgwmzwg8w4jzqe/AAC6SWEGPBsbYkDw_L8BXIBca?dl=0

■Overview of the TEAM EXPO 2025 Program
The TEAM EXPO 2025 program is an initiative to realize the theme of the Expo 2025 Osaka,Kansai Expo (“Designing future society for our lives”) and contribute to the achievement of the SDGs. It was launched in October 2020 with plans to expand overseas in the future.